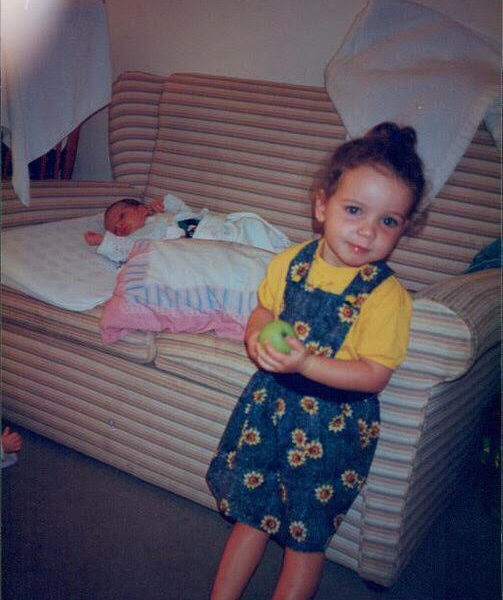 The following interview is with Andi McIver, the author of “Ubuntu,” which will appear in our next issue. “Ubuntu” is an amazing nonfiction essay about the life of McIver as she grows up in South Africa, a place still haunted with the remnants of Apartheid, having only just institutionally ended in the early 90s. “Ubuntu” explores how a young girl comes to terms with her skin color and identity in relation to the racial division she was born into. The interview was conducted via email by Kennidi Green, one of Grub Street’s nonfiction editors.

How did you first hear about Grub Street?

I work at the Writing Center at Towson University, and I often saw Grub Street staff meeting in the office.

What made you start writing nonfiction?

I’ve always loved stories and learning about people’s lives. I’ve wanted to write a nonfiction piece for years. To be honest, though, I probably wouldn’t have written “Ubuntu” had I not taken a nonfiction writing course with Professor Vanasco.

As a nonfiction writer myself, I can sometimes find it difficult to write about something that is both interesting and engaging. Have you ever felt this way personally? Do you have any advice on this issue?

I actually haven’t struggled with this much, fortunately enough. I think it’s because I write about stuff I genuinely care about, so it’s easier for people to engage with something the author is obviously invested in. I really believe people will always respond to an author who writes about something she cares about in an authentic and honest way.

To me, it’s writing based mostly on fact. While I think it is admissible to maybe neaten up dialogue, changing data moves a piece from nonfiction to fiction.

I absolutely love all the facts you include in your piece. Did you have to do a lot of research while creating “Ubuntu”?

Thank you! I didn’t actually have to do a ton because I grew up surrounded by South Africa’s history. The research I did was more to find a credible source to include in my work.

“Ubuntu” is an amazing piece that is eloquently written. I can’t help but wonder, have you ever been published before?

In the section titled “Anger,” you describe the strong emotions you feel in relation to the world around you. At the end of the section, you write that this anger now propels you forward. Can you elaborate on that a little? How does your anger now move you forward? You also mention that your anger is different now than how it was previously. How so?

What I’m referring to is an intolerance of racism (and injustice in general) – and even more than beyond simple intolerance, this anger is a reaction that says, “What’s happening isn’t just unpleasant and unfair, we cannot allow it to continue for another second.” Many people I know find social injustice upsetting or unpleasant, but few of them let it affect them enough to actually be compelled into doing something to right said wrong. This is what I mean when I say it propels me forward: when something disturbs me to the point of me feeling this anger, it gives me purpose to make a positive difference to whatever issue this may be.

There was a point when I felt so overwhelmed by the sheer amount of inequality in South Africa (and globally, but that’s really an entirely different story altogether) that I just couldn’t find the strength or energy to begin to try make a difference as I felt helpless to even make a dent. Now I feel as though I have the knowledge to know how to actually do something constructive about working toward a more just South Africa.