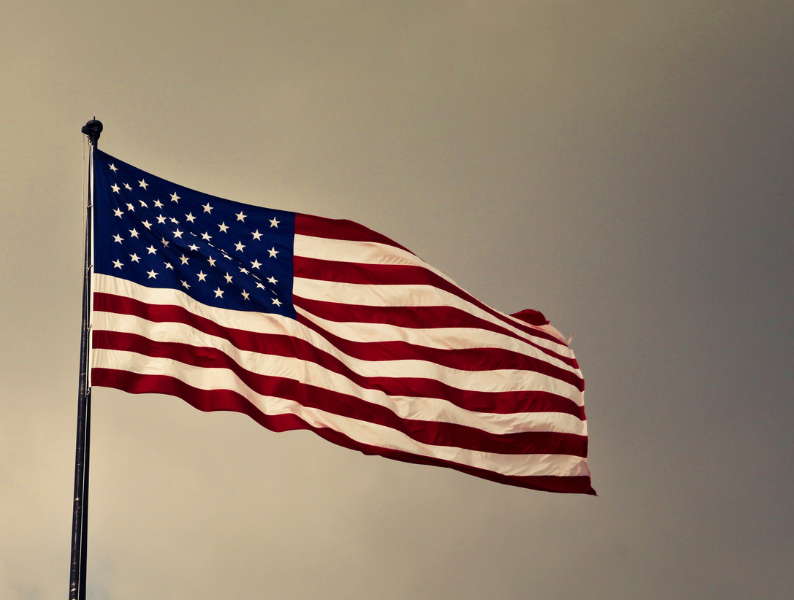 America in Miniature by Matt Lee

Those of us hailing from that oddly shaped mid-Atlantic state haphazardly carved into the east coast of America are probably familiar with the strange phenomenon that coincides with traveling either north or south from our homeland. I’ve been as far as Massachusetts in one direction and the tip of Florida in the other. At a bar in South Carolina, I got called a “Yankee,” one hundred and fifty years after the Civil War’s conclusion. In an upstate New York antique mall, a gentleman described me as a, “good ol’ boy.” Being a Marylander is sometimes confusing.

You could blame the Mason-Dixon Line, a demarcation that resulted from a land dispute between Maryland, Pennsylvania, and Delaware during the latter half of the eighteenth century, one that would have tremendous and far-reaching consequences after becoming the de facto border between North and South, Freedom and Slavery.

For being a relatively small patch of land, Maryland held enormous strategic importance during the Civil War. Considered a semi-loyal “border state,” the territory remained technically in Union hands. Though most of its population was initially sympathetic to the North, there was certainly a strong contingent of Confederate separatists as well.

With its proximity to the nation’s capital, the Old Line State (a nickname bestowed by George Washington) became at times a hotly contested battleground. The Battle of Antietam, the single bloodiest day of the conflict, was fought on Maryland soil. Abraham Lincoln further stoked tension in the region by suspending the right of habeas corpus, which remained a widespread source of animosity even after the War ended. The sixteenth president is much better associated with a different Latin phrase: sic semper tyrannis, the words shouted by John Wilkes Booth, assassin, Marylander.

As a kid growing up in the 1990s, this period of American history became a big part of my educational experience. We’d be loaded onto a rickety, old, yellow school bus and carted off to sites like the Monocacy Battlefield, just outside of my hometown Frederick. In fifth grade my class re-enacted the Battle of Antietam. Donning period appropriate garb then pitching tents in the softball field, we fashioned rifles and bayonets out of construction paper and ate hardtack as we awaited further orders.

Our teachers eventually arranged us in formation, Rebels positioned atop a small hill with Yankees lined up in ranks at the bottom. Everyone was given a number. Our hulking gym teacher, Mr. Bentley, a vein bursting from his forehead, rallied the troops with a booming call to arms, “Charge!”

In retrospect, the set-up was historically accurate if not slightly unsettling. During the final phase of the battle, Union troops marched against a division of Confederates entrenched along a ridge. With dense woods and large rocky outcropping, the Rebels had ample natural cover in addition to holding high ground, making for the perfect defensive position. The boys in blue, on the other hand, were forced to cross a creek over a narrow stone bridge during the assault, leaving them bottlenecked and completely exposed to Confederate fire from above. One survivor described the scene as “a valley of death.” By the evening of September 17, 1862, almost 23,000 men were dead, wounded, or missing.

During our re-enactment, I’d been enlisted to the Confederacy, a fact that in retrospect deeply troubles me. In the wake of the 2017 Charlottesville attack, the catalyst of which was the proposed removal of a statue of Robert E. Lee, recalling my ten-year-old self clad in gray and shouting, “Die, Yankees!” makes me feel physically ill.

I remember crouching in the grass on that tiny hill pretending to fire my paper musket. Mr. Bentley shouted out random numbers, “Seventeen! Four! Twenty-two!” If your number was called, you were supposed to drop dead. I watched in a gleeful sort of awe as droves of my friends collapsed into the earth, crying out in imagined agony, their faces contorted in pretend pain. Near the battle’s end, a bird shit on my hat and I started to cry.

Like my time spent masquerading as a Confederate infantryman, the current state slogan for Maryland is so cringeworthy I almost hesitate to write it: “If you’re looking for a merry land, go to Maryland!” It’s trite to the point of embarrassment, almost as bad as the state motto, a blatantly sexist sixteenth-century quip attributed originally to Pope Clement VII: “Fatti maschii, parole femine.” This translates from the Italian as, “Manly deeds, womanly words.” Over the years, there have been numerous attempts to modify this saying to the more gender neutral, “Strong deeds, quiet words,” but these efforts have gone in vain, despite the fact that no one seems able to concretely explain why this quote was even added onto the Maryland state seal in the first place.

I much prefer the old slogan: “More Than You Can Imagine.” As if the little microcosm of America we inhabit is some sort of abstraction, an impossibility  beyond the scope of human comprehension. It’s true that I don’t understand exactly what attracts me to this place, keeps me tethered here. I suspect this inbetweenness, this duality, fits with the way I view myself, Janus-like, a multiplicity, Yankee, Rebel, both, neither.

Matt Lee is an actor, teacher, and writer from Maryland. His writing has appeared at Sleaze Mag, Tragickal, SOFT CARTEL, Philosophical Idiot, and fluland. He has also written and produced numerous original works for the stage. Visit mattleewrites.com for more info.