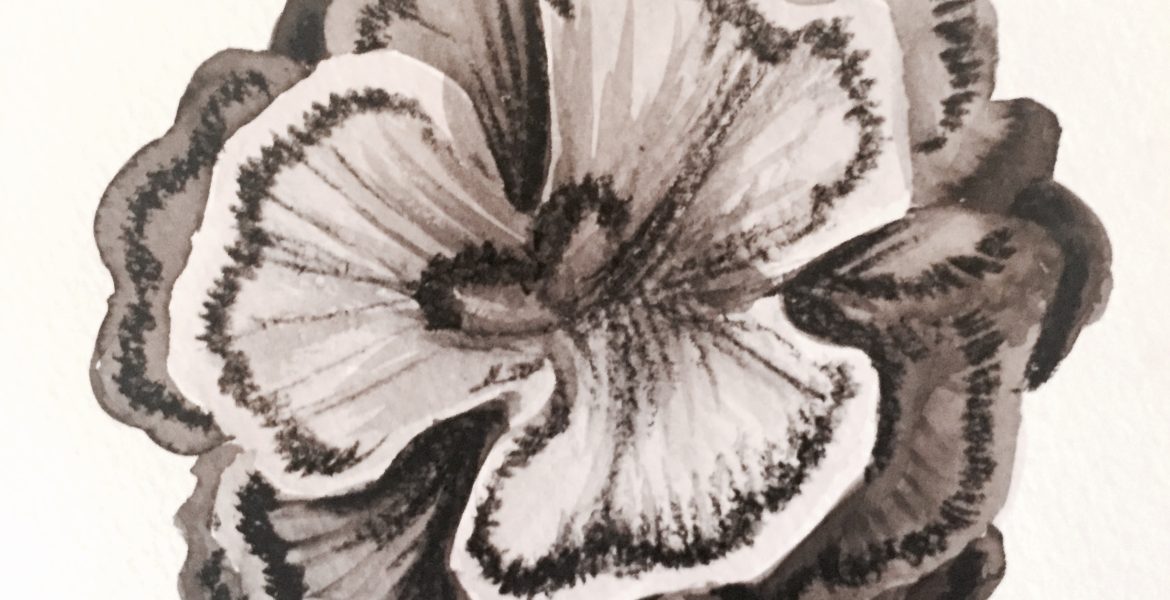 An Interview with Timothy Taranto

Timothy Taranto is the author of Ars Botanica, a gorgeous memoir exploring—in the form of letters to his unborn child—the intimate details of self-image, love, and loss through the realities of Alopecia, an ending relationship, and an abortion. Writer Karen Russell called it “a gorgeous hybrid” and “one of the most wrenching and honest accounts of falling in and out of love, of moving through a season of grief” that she has ever read. Grub Street’s staff read it last year in a creative nonfiction class, and so when discussion arose about a judge for our high school contest, Taranto’s name rushed forward from our collective unconscious. He Skyped with our class, and a year later we find ourselves still saying, “It’s like what Tim said….” His work has appeared in Harper’s, The Iowa Review, McSweeney’s Internet Tendency, The Paris Review Daily, The Rumpus, and now Grub Street (he generously gave us an original illustration of Ursula K. Le Guin as a bean pod mutant). He corresponded with Macy Meyer, one of our nonfiction editors, by email.

When did you start writing?

I grew up painting and printmaking. Both of my parents are artists, and my father ran a print studio when I was kid, so my brother and I were always drawing on his light table, shooting our own screens. My mother is a representational painter, and she’d set up still lifes for us in the dining room. I was very happy kid, creatively speaking. It seemed natural to pursue visual arts, so I enrolled at Cornell University to study painting. As much as I loved my studio art classes at Cornell, I also loved all the courses I took that were in other departments: courses in the classics and archaeology, art history and natural sciences. I even took fly fishing! Surprisingly I didn’t take a single creative writing class that whole time. My interests outside of the studio led me to a career as a science teacher. I taught earth science and biology for several years in New York City at a private elementary school. I loved it. I loved my students and my co-teachers. But I wasn’t making art and there was something inside me that felt unsatisfied. So in my late-twenties, when I started writing essays and short stories, I started to feel a sort of personal and creative joy I had not known since childhood. I would go to open-mic sessions around the city and read my writing aloud. It was mortifying, but I received really enthusiastic receptions most places, and that encouraged me to keep at it. The first story I wrote was about fishing for bluefish. Not knowing much about anything in the literary world, I went to my favorite bookstore and looked at the lit mags and picked the two I liked best: Saint Ann’s Review and The New Yorker. I submitted to both and while The New Yorker never wrote back (surprise) the Saint Ann’s Review agreed to publish me! Still not knowing much about writing, I googled “creative writing MFA” and from there learned about the Iowa Writers’ Workshop. I sent a manuscript of four more fishing stories and sixty dollars to Iowa and was admitted. I have been very lucky and very blessed as an artist.

Do you think Ars Botanica is a concrete example of your style or voice? Did your voice change during the writing process? Do you think your voice is different now?

More and more, I tend to think of voice and style as being fluid and metamorphic as opposed concrete and fixed, career-wise. I feel that Ars Botanica was a faithful representation of my style and voice during a particular turbulent emotional epoch in my life. A mentor of mine explained once how temporality and proximity do a lot to inform voice and tone in a piece of writing. To write about something from the distant past, the tone may likely be melancholic or elegiac, but to write from within the eye of the storm, to write about events as they are unfolding around you, that can capture an energy or urgency that time could no doubt work to erase. With Ars Botanica I was very close to the blast radius of the events that I was writing about. I was writing to discover how I myself would make it through. When the act of writing is a journey of discovery for the writer, I feel the reader can more readily share in that experience as well. To answer your second and third questions, I guess I feel that voice may vacillate across the landscape of an artwork, from the first page to the final sentence, but more often those transformations occur over the editing process. A good editor nurtures the work as it evolves toward a coherent aesthetic vision, and usually that means the work settles upon its true and cogent voice. My voice is still mine, but it is no doubt different now. Why? Because the act of creating changes you. Writing Ars Botanica changed me and as a result transformed my voice a little. I could not have written my second book had I not written my first.

Was the editing process what you were expecting? Last year, when you spoke to our lit mag advisor’s nonfiction class, you said, “You can only see sixty percent of your writing. You can’t write alone.” How did you discover that? Did that change your writing process?

Totally. I believe you need good friends who are good readers of your work, as well as dedicated editors to help you hone your art into its fullest form. I mostly discovered this from failure, hubris. My friend Kate recently encouraged me to write an epilogue to my novel. I knew as soon as I read her suggestion that it was the right one. Good literary advice doesn’t so much feel like an epiphany, like a solution lobbed out of left field, than it does feel like a remembered truth. You know it when you see it, in your heart and gut more than in your brain. I sat down that night and wrote the epilogue that I knew my book deserved. As soon as Kate read it, she said, “There it is.”

Was it hard to find the right level of intimacy to share with your readers in Ars Botanica? Did you have an audience in mind? Did you ever want to change the truth? Did you set out wanting to include your Alopecia, the detailed relationship, and the abortion, or did those events find you along the way?

The events found me along the way, for sure. But I don’t know if I wanted to change the truth so much as I wanted to conceal it. Initially, I tried to pass the manuscript off as fiction. In no way did I set out to write about the abortion, the intimate details of my relationship, or the painful and private history of my body. But all of those events found their way onto the page because the person I was writing for at the outset was myself. I may have said this before in one way or another, but the art I needed at that time in my life had not yet been written, so I had to write it myself. The fact that this book has proved meaningful to so many others along the way makes me believe that there was, amid all those personal details, some true and universal understanding of what it means to love and to lose.

How did you start writing Ars Botanica? (Kind of a broad question, I know.) Was there one quote that popped into your head and started the whole thing? Did you start with the letters to Catalpa? A certain scene or exchange of dialogue?

I honestly don’t remember. I know the bike crash was the first narrative scene I wrote. I was trying to organize and categorize my emotions in writing as a way to cope long before I knew it was a book. I wrote letters to Catalpa but that was something private and almost shameful. It was months before the two collided and became one project. The other lines, the drawings and the poems I was making during that time, they were brought in later. And these decisions came about as a result of having good readers and good editors. I know where my second book began though. I was reading a Paris Review interview with the legendary novelist and editor William Maxwell, and he said the genesis of his book So Long See You Tomorrow came from a childhood memory that still made him shudder. It was the memory of not giving comfort to a classmate who had also lost a parent. I asked myself what events from my past still haunted me. There was a memory of being an altar server in the 90s and how one of our parishioners was dying of AIDS. Thinking of it made me cry.

How much hindsight perspective did you allow to influence the voice of the narrator and the flow of the book? Did you want a more reflective style or in the moment?

Good question. I feel that the novella sections, the more traditional first-person chapters, are for sure more reflective. The letters seemed to have a greater deal of immediacy though. Maybe this is a good example of what I was hinting towards earlier, how a piece of art may possess multiple tonal shifts and occupy different vocal registers.

What are you reading?

I just started a novel by Chia-Chia Lin, The Unpassing. She was a classmate at Iowa, and I loved her short stories and so far the novel is fabulous. As a matter of fact, I not so long ago read your professor’s second book, twice, and have been raving about it to everyone who’ll listen. Also, Jim Harrison’s collected poems from Copper Canyon, The Shape of the Journey.

Can you share a little about what you’re working on now?

I just finished my first novel, it’s called Mammoth. Like Ars Botanica, it gave me an artistic space to meditate upon certain poignant and restless emotions. I’ve spent a lifetime grappling with obesity and struggling with negative body-image issues, eating disorders. There isn’t a lot of conversation occurring for men who are carrying these burdens though, so this book became that for me, an artistic space to at least start that conversation. As a result, I was able to create a narrator who is not only sharing those struggles, but living the life I never did, the life of a visual artist and painter. This book has been really healing for me. I’m really excited to see it in print.

The sketch of the flower (on this page) first appeared in Ars Botanica.