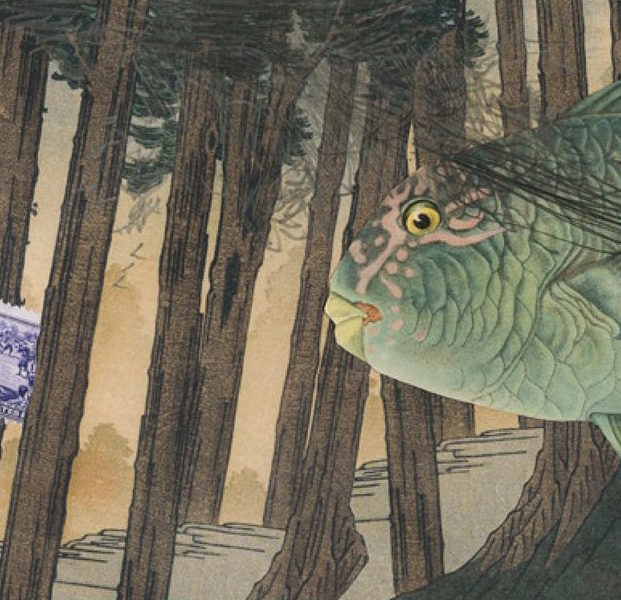 The Sienese Shredder: A Completed Vision

Like many other magazines in today’s surplus, The Sienese Shredder was destined for a short life. During its four years of operation, it may not have made a household name out of itself, but it managed to publish work from influential writers, such as John Ashbery, and artists, such as Willem de Kooning. I was initially drawn to this magazine based on the description of content. It claimed to publish not only art and literature, but also music by including CDs with each issue. The Sienese Shredder seemed to have the same ambitions every magazine is born from: the idea that it was capable of filing a gap in the world’s content.

In 2006, Brice Brown and Trevor Winkfield started the NYC-based magazine. There is little information on the magazine’s manifesto. Its website reads simply, “Each issue brings together poetry, critical writing, visual arts, unpublished rarities, oddball ephemera and other culturally significant material in a way that is exciting, contemporary and fresh.” Although I admire what the magazine set out to do, the website lacked luster even as a piece frozen in 2010’s aesthetic. Once the magazine started going under, the editors began an archival project making almost every issue available online. The website organizes material by artist name instead of by genre. There is something interesting about the blind browsing it imposes on the reader, but once a name is clicked on, multiple pieces appear from the initial list. It helped me find work from many people I may not have clicked on; however, this strategy also made me lose who I began with and what first interested me.

I felt as though I focused more on the art displayed than the words published. The art works had a Japanese vintage-esque flavor about them, and I could imagine how beautiful they would be in person. However, this was the extent of my admiration. It became very evident to me that the magazine itself was too eclectic and maybe even too Avant-garde for my taste. There were paintings of dog fights and toilet paper rolls alongside poems with experimental syntax that I had never seen before. As Brown and Winkfield’s expertise stem from art instead of creative writing, it is very possible that I, someone with no artistic training, just do not “get it.”

It is a magazine I might have never picked up, but I can imagine what it may have turned into if it was printing in 2018 instead of 2010. It may have found a better home among the postmodern readers today. There is no doubt The Sienese Shredder had a vision for itself and the place it would occupy in the literary world, but it is possible people were not ready for its niche. It is a testament to the power of audience. The magazine had important contributors within the pages, but as it was forced to compete on the streets of New York as so many other magazines must, it may have been overshadowed.

I am intrigued by the premise of this magazine, and I hope the editors continue the archive up to the final issue and display the work for as long as they are able. If the internet really is forever, then I hope it is used as free real estate to keep the work alive forever too.