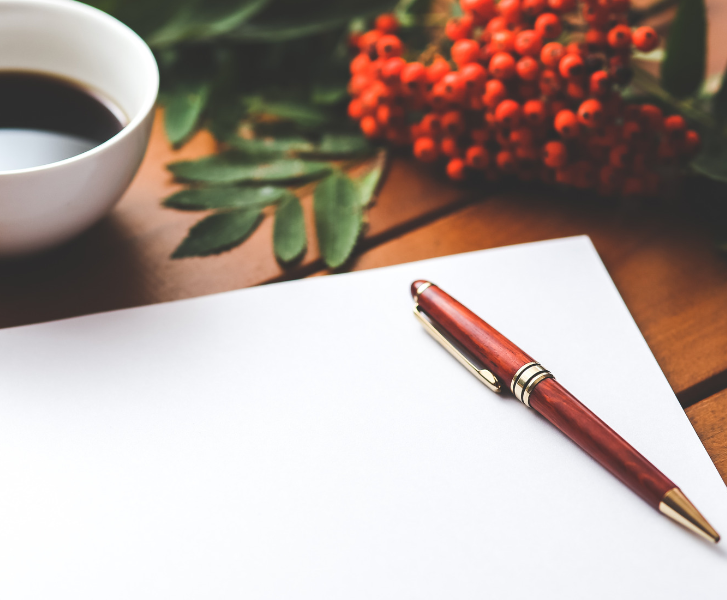 Stephanie Buckley is a Towson University alum with a B.S. in Electronic Media and Film and a minor in Creative Writing. Her nonfiction works have been published in Grub Street’s volume 64 and volume 66. In the Columbia Scholastic Press Association’s national competition for essays in magazines, her essay “Sleep Study” won second place and “Persistence of Vision” won first place. After graduation, she interned at Tin House Books where she read agented submissions. She currently attends the M.F.A. program at George Mason University where she tutors graduate and undergraduate students in all aspects of writing. – Leah Bradford, assistant fiction editor

What do you find most fascinating about creative nonfiction? Why do you write it?

I think what attracts me to creative nonfiction is its capacity to bend genre and take on many different forms. It can be anything it wants or needs to be. It often seems that nonfiction can move through time and space in flexible and unconventional ways that other genres can’t. Seeing genre-bending nonfiction books really clued me in to what was possible as a writer—that it wasn’t always about the narrative or if the facts of one’s life are “interesting.” I also think I’m drawn to it because growing up, I had never heard that nonfiction can be “creative.” Even in my AP Literature class in high school, we never read essays or memoirs. I’m not totally sure why I write creative nonfiction. I’m naturally drawn to it—my fiction has always sucked and my poetry is pretty bad too. I think I’m just drawn to true stories, and I also sort of lack the capacity to make things up. I grew up in a very isolated area and spent a lot of time alone, and I’ve always been very shy and withdrawn. It seems totally counterintuitive to my personality to write nonfiction, but I also think it makes sense. It gives me a voice that I never had before. I’m always trying to make meaning out of my experiences, for better or for worse.

How long does a story or experience stay with you before you decide to write it down?

It depends. I’ve written experiences as they happen, taking notes in my phone or in a notebook. Lately, I’ve been writing about my childhood more, looking back at experiences and kind of trying to decode and analyze them. I know it’s often better to have distance from your experiences before you write about them, but I think there’s also something to be said for lack of distance. I think writing when you’re still in the middle of an experience can still lead to something fascinating and beautiful, just in a different way. I wrote both “Sleep Study” and “Persistence of Vision” when I was still very close to those experiences, and I wonder how they would have turned out if I would have waited or sat on them a bit longer. I guess it all depends on what kind of essay you want to write—something more reflective or something more swirling and emotional? For example, I kind of hate “Sleep Study” now—the language seems overdone, and since I was so close to the experience it was very hard for me to step away from it and really think about what it meant (or if it meant anything at all.) I cringe at the way I thought about the world when I was eighteen, but I think that there’s still something to be said for the essay. There’s a very raw, emotional quality to it, and I almost wish I could “untrain” myself to get at that quality the way I was able to then.

“Persistence of Vision” mentions photography and film-making. How did aspects ofthese fields alter the way that you constructed the essay?

I was a film major at Towson, and I wrote this essay during a time when I was completely frustrated with everything about the filmmaking process. The artifice, the way a scene is constructed to manipulate the viewer. I was also frustrated with the idea of visual shorthands—I was always being told that I complicated things too much in my films, that viewers want to rely on old symbols with fixed meanings. I was having trouble communicating in that medium. “Eliminating the unnecessary” was an idea taught in a lot of my film classes. I regret not adding the line “but what if the unnecessary is more interesting?” to the essay. I also wanted to think about my own reasons for wanting to be a filmmaker, that essential voyeurism and exploitation. I used images to capture and alter my version of reality, to romanticize the friend in “Persistence” and make him into something he wasn’t. I also thought that looking at the arcane but essential structure of old photography and film techniques would be an interesting lens (ha) for looking at the friendship in the essay. I really loved this idea that by the time your eyes settle on an image, in reality, it’s already gone, moved on. I was fascinated by illusions and how essential they are to the optics of moving images, and the way blank space and emptiness plays into that illusion.

“Sleep Study” is so poetic. Do you read a lot of poetry? If so, which poets have influenced you the most?

When I wrote “Sleep Study,” I was a very unexperienced writer. One of my main goals in writing it was simply to communicate what I saw and felt in an honest way. I think the language just kind of naturally followed that impulse, although I do think it’s overdone at times. I was also trying really hard to emulate Maggie Nelson, and at that point, Bluets was the only book I’d read that could qualify as poetry. I’m really interested in “hybrid” work, things that straddle the line between nonfiction and poetry and even fiction. Michael Ondaatje’s Collected Works of Billy the Kid and Anne Carson’s Nox are huge influences on me, books that are sort of impossible to categorize. Those were the first few books that I found when I realized what kind of writer and reader I wanted to be—books that totally defy and bend genre, and I re-read them often. Nick Flynn’s poetry has also been a huge influence on me—his use of language and repeated images are incredible. I love his poetry book Some Ether as well as his memoirs!

You entered a competitive M.F.A. program right out of undergrad at Towson. What’s the transition been like?

It’s been difficult! I did take a year off after graduating from Towson—I don’t think I would have been able to make the jump to an M.F.A. without some kind of break. Since starting the M.F.A., I think I’ve had to change my expectations about what I’m trying to get out of the M.F.A. To be honest, I wasn’t really sure what to expect, and I wonder if I should have waited longer before jumping into it. The best part about it is the feedback from peers and professors, and the push to really make writing a full-time job. I went from writing about once a week to writing at least 4 days a week. Before starting my M.F.A., most of my essays came about because I was stressed or overwhelmed by some other aspect in my life (a shitty job, a film thesis, etc.) It was a way of escaping into what I really wanted to be doing with my life. I like that I’m writing more, but it’s been a huge change from the way that I usually work. I have to turn in a lot of work that I’m not necessarily proud of for everyone in my classes to read—it’s a very vulnerable position to be in.

What’s the most helpful writing advice you’ve ever received? What’s the worst?

The best writing advice I’ve received is to read a ton of books and literary magazines, and really tune in to what’s going on in contemporary literature. This is advice that I used to ignore—I was never a huge reader until pretty recently, and it was always a struggle for me to find books I liked. Once I was able to find “my books” though, it was impossible for me to stop reading. Reading widely has really helped me develop my writing and opened up my eyes to new ways of doing things. I don’t know if I’ve ever received “bad” writing advice. I think there’s sometimes this idea in nonfiction that older is better—that if you’re young, you don’t have the authority to tell personal stories. I want to push back against that—I often think the writing itself (as opposed to content) is the more interesting part of the essay anyway.

What are some of your favorite literary magazines?

DIAGRAM was one of the first (online) literary magazines I ever read, and it’s one of the best! I also really love Tin House, Prairie Schooner, A Public Space, Guernica, Sundog Lit, The Believer, PEN America, phoebe, So to Speak, and of course Grub Street.